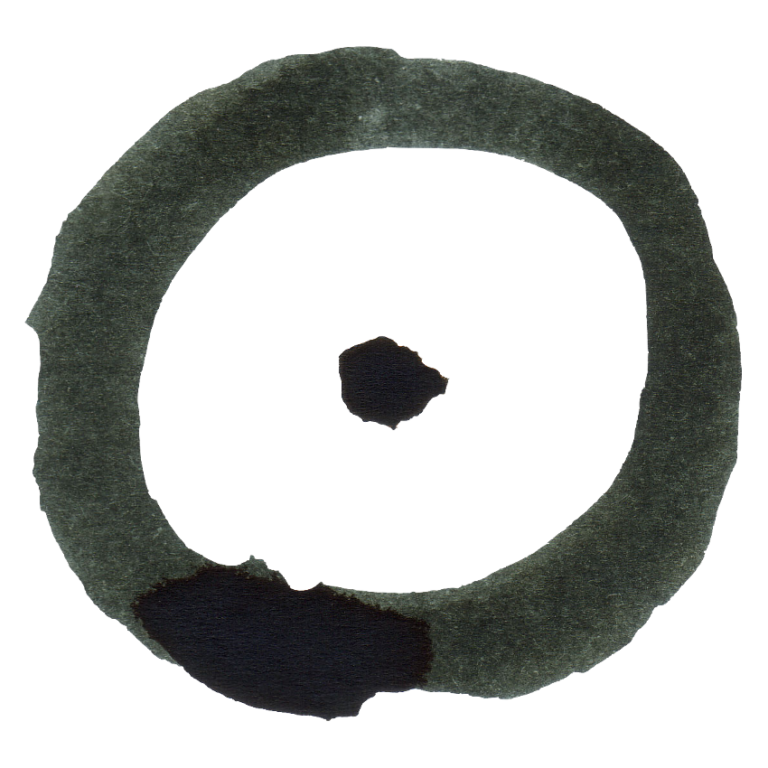 Buddhadharma is a project, the Buddha-Project of us humans, the march from ignorance and superstition to insight and beyond. Human beings come, human beings go, a coming and going with structure. The core insight of Buddha Shakyamuni is exactly this structure and its beyond, he saw in this structure a root process of all coming and going of sentient beings, he saw the way karma works.

I hold doctorate degrees in Science and Medicine and am one of the Western Dharma heirs of Chan Master Sheng Yen. I love science, I respect the way it teaches about laws of nature which we all, from individuals to mankind alike, ignore at our own peril. I became an engineering geologist. I was reasonably good at discovering things and finding solutions. But all my contributions had one underlying direction: Fostering material consumption and waste on earth to such a level, I suspected, that it will become uninhabitable. A mad plan of great harm to all beings, I was certain.

Working 1968 in Axel Heiberg in the Canadian High Arctic, the expedition leader, Fritz Müller, and I discussed the thinning of the Arctic Ocean. “Fritz, it is the CO2” (an idea that goes back to 1859, to the physicist John Tyndall [1820-1893]). Fritz “Interesting hypothesis, you might be right”. I told to whoever was unlucky enough to be near, also at four universities, earning sympathetic smiles “why don’t you study something else”. My late wife “you could have done a less drastic change, you could have done differently”. But I could not figure out another path and I became a physician. In medicine I hoped to do less harm.

My life is an attempt to bring science, medicine and Buddhadharma into focus. This website is the attempt to present this focus as a worldview in a manner as simple as possible. However, from the viewpoint of Buddhadharma focus is an illusion, there is neither focus nor no-focus. The concept of focus is an expedient means to communicate in the either/or world of duality.

Sources, if known, are always identified and quoted.

This website is dedicated to Chan Master Sheng Yen.

The teachings, practices and states of consciousness transmitted by Buddha Shakyamuni and his Successors.

Science is a systematic enterprise that builds and organizes knowledge in the form of testable explanations and predictions about the universe.

Medicine is the science and practice of establishing the diagnosis, prognosis, treatment, and prevention of disease.

The present moment – what is that? Never mind the wonderful. The moment is a thing between the past and the future, a point on the time axis with no expansion, no “volume”. How can a sentient being who seems to have a volume experience (past – present – future) abide in something that has no volume? OK, OK, maybe I can’t but Buddha Shakyamuni could, but then he was what I am definitely not.

I never asked Shifu [Master Sheng Yen] this exact question, but the last time I met with him in 2004, I asked him a related question, a cosmological question, of similar, troubling nature. His answer was simply “no problem”. His last words to me ever. Chan teachers tell Chan students, just focus on what matters, practice.

Around the year 2000 three strong viewpoints had developed in me:

I saw the self as a platform to look out from, examining an infected foot, microscopic bacteria, or Andromeda, the galaxy visible without a telescope. Call it looking at the outer universe.

I saw the self as a platform to look in from, examining the crazy monkey mind with thoughts jumping all over. Call it looking at the inner universe.

I saw the thing doing the looking, the observer, in both situations, to be the same, the part of the self that wants to know.

The quest for understanding in the first case brought us science, The quest for understanding in the second case brought us introspection, like meditation. However, all of this did not bring me closer to “present moment – wonderful moment“. I can hear Shifu, who passed away in 2009, saying “of course not”. But I am also a scientist, and from the scientific perspective, the world can be described as follows:

The moment we experience as reality is actually not a moment, but has a volume in spacetime, lagging just behind that present which separates the past from the future. Imagine a cup falling out of your hand. You feel the loss of grip. It shatters on the floor, the sound arrives in your ears. Then, you realize the cup is broken. Each of these steps take a bit of time, hardly perceivable. But in the moment you realize “the cup is broken” the entire event lies already in the past.

The thing that does the experiencing, us with a brain and the rest of the body, has at its center a fundamental, functional unit, the neuron. The size of the neuron, when compared* to the smallest and largest objects conceived in the universe, lies exactly in the middle.

*when measured on a logarithmic scale

In short, we are in the middle of what we can know, and at the same time, are never in the present, always lagging just behind.

I put the above into a scientific format (title: Man in Spacetime – Complexity and Present as Process) and gave it scientists to read. Most thought it to be interesting, some answered with comments which I integrated. It is, although unpublished, a paper reviewed by scientists. However, an outline of these thoughts has been published in 2009 (for reference and link, see below).

All of the above is in agreement with Dharma on impermanence and no-self: What we experience is made up by the mind and our experience is a process by something that does not have intrinsic existence.

All of the above is in agreement with Science. Nothing contradicts present Science, although many aspects do not allow for controlled experiments.

These findings bridge Dharma and Science. I capitalize both because I see them as two sides of one coin. It is my wish for practitioners of Dharma and Science to examine and test this bridge. If it fails, abandon this idea. If it upholds, examine the consequences: it could be a union leading to new insights.